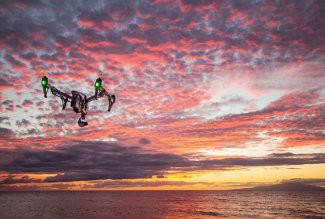 Tilde joins thousands of world's top researchers and entrepreneurs in a pledge promising not to development towards lethal autonomous weapons systems. We vow not to take part into such research because both moral and pragmatic implications of delegating machines to take human life would make the future of warfare even more disastrous.

"In our work AI-based technologies open fantastic opportunities, enabling people to better understand each other. At the same time, we clearly see the risks and limitations of AI. We cannot entrust AI to make the most essential decisions of life and death. Especially grave consequences lethal autonomous weapons can have in the hands of oppressive governments or criminal groups. Therefore, we at Tilde have signed this pledge and call for others to join it," said Tilde's CEO Andrejs Vasiļjevs.

It is useful to mention that this pledge only deals with AI-governed systems where agency to use lethal force has been relegated to a machine, instead of a human operator. There are still plenty of non-lethal military uses for AI tech – mine detection, night vision optics and point defence weapons which attempt to destroy incoming missiles or artillery rounds.

Max Tegmark, president of the Future of Life Institute (FLI) which organized the effort, announced the pledge on July 18 in Stockholm, Sweden during the annual International Joint Conference on Artificial Intelligence (IJCAI), which draws over 5000 of the world’s leading AI researchers. SAIS and EurAI were also organizers of this year’s IJCAI.