Conversations with robots will be more frequent in the future: Lithuanian scientists explained how our communication will change

The world’s first chatbot was created before personal computers came into existence. Joseph Weizenbaum created such robot in 1966 in the U.S. Massachusetts Institute of Technology (MIT)’s artificial intelligence laboratory; he called it Eliza.

Eliza was able to answer simple questions by analyzing the keywords she’d been given according to the set of rules imposed on her. Today, the technology is much more advanced and more widely used worldwide, but where does Lithuania fit in the global language technology market?

Lithuania has the potential for global leadership in language technologies

Professor Tomas Krilavičius, dean of Vytautas Magnus University’s (VMU) Faculty of Informatics, says it is not easy to stand out in the global chatbot scene, but it is possible:

“There are really few people speaking Lithuanian in the world, so our breakthrough as a country in this market is not an easy task.

However, we do have the potential to stand out: Lithuania as a country is investing heavily in the development of language technologies, we have strong experts in the field, scientists who are actively involved in global discussions, developing linguistic products. There’s only one thing we need: to move from development to adoption. If public bodies were to invest in the use of language technology, we could create an unprecedented case in the world as a country that uses language technology to increase access to public services and the efficiency of the public sector.

We already have beautiful examples induced by the pandemic, for example, the customer service chatbot acquired and successfully adopted by the State Tax Inspectorate (STI), which managed to accept an enormous number of user requests during the pandemic, or the system used by the Seimas of Lithuania, allowing automation of meeting planning, submission of minutes.”

According to Krilavičius, we really have every opportunity for such a breakthrough in language technology in our country: Lithuanian-speaking, artificial intelligence-based chatbots, just like machine translation systems, are well-developed, operational, and only need to be used.

“Even when we focus on small languages such as Lithuanian, Latvian, Estonian, we are able to be noticed and surpass the tech giants. There is truth in the saying that Lithuania is a technology country, but we could use it to our advantage even more and make our mark in the global market not only by the awards, but also by the practical application of technology to digitize state activities,"

The latter operates on the basis of artificial intelligence, which means that they are able to answer more than simple, most common questions. Chat robots are able to predict the intent of the person asking, to understand the context, to recognize questions written and worded in whatever way, whether correct or not, regardless of what style it is written in. Of course, each chatbot needs to be taught and given time to do so because it is not a self-thinking creature, as can sometimes appear when watching science fiction movies, but a tool that we need to prepare, use and maintain.”

According to Špukienė, chatbots allow both the efficiency of the organization’s activities and the accessibility of services, as the technology can take a huge amount of pressure off employees by answering initial user questions and leaving the employees to take care of more complex issues requiring human intervention. “If an organization using a chatbot works carefully with it and trains it, users who ask questions may often not even notice that they are not talking to a real person,” adds Špukienė.

Soon we will talk to all devices in Lithuanian

However, as far as language technologies are concerned, the question may arise as to why our smart devices, which are so inseparable from daily lives, still do not speak Lithuanian and why chatbots used in them, such as Apple’s Siri or Google’s Smart Assistant, do not have an option for Lithuanian language.

“We are currently working hard on speech recognition technologies, i.e. chatbots that communicate not only in writing, but also verbally. It is not enough to develop technology to recognize correct common Lithuanian language because such language is rare nowadays. We are developing a chatbot that is capable of recognizing different dialects, different language manners, and being able to hear speech in a noisy environment. And, of course, a robot must be able to speak as a human being, not as a robot, meaning naturally, coherently and without sounding choppy.

The Lithuanian language is one of the most complex in the world, so much more work and technological knowledge is needed to create a talking robot. This is our direction today and I am sure that we will achieve results soon,”

When asked about the prospect of our smart devices speaking Lithuanian, the dean of the Faculty of Informatics at VMU T. Krilavičius is very optimistic: “It's not just smartphones and computers, we will talk to all devices, even household appliances, and I think it will happen very soon—in the next 3 to 5 years, and in a 10-year span we will probably forget what it’s like to have buttons at all.

It is going to solve a lot of today’s challenges: we can already see that part of the problem is simply shortage of people, so artificial intelligence-based technologies will serve here as an additional help to accomplish a lot of the everyday tasks. Of course, this requires us not to stop and move forward, seeing language technologies as our horse that we need to take care of and that we can ride on to take Lithuania to the global technology scene. We have the potential, we just need to use it.” 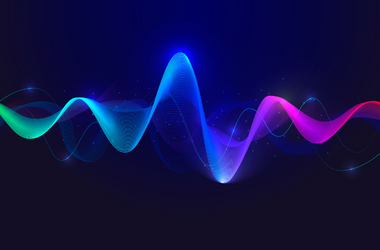 Insights
Language technology developer: we are Lithuanians, so technology has to speak to us in Lithuanian
Image 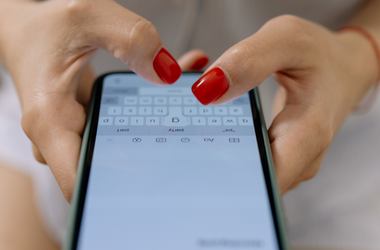 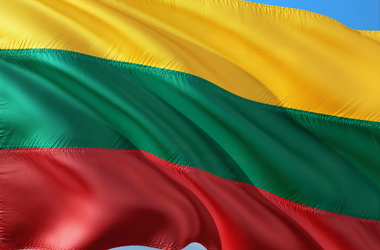 Insights
Technology is Crucial to Preserve the Lithuanian Language