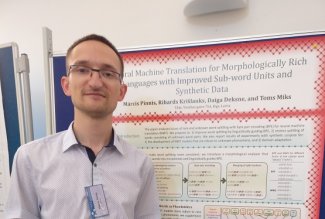 We envision that the proposed methods will allow improving the translation of named entities and technical texts in production systems that often receive data not represented in the training corpus.

The 20th International Conference of Text, Speech and Dialogue (TSD2017) took place in Prague from August 27 to August 31.  It explores a wide range of topics in the field of speech and natural language processing.

This year the TSD conference is celebrating 20 years. The history of the TSD conference dates back to 1997, when the event was held for the first time in Mariánské Lázně. The essential idea behind the project was to establish a scientific meeting platform that would act as a bridge between the East and the West.