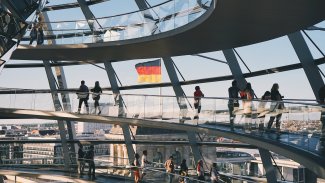 Languages are a key part of our European identity and culture. Linguistic diversity is supported and celebrated as part of the EU’s motto “United in Diversity”. However, the EU alone has 24 official languages, which can lead to language barriers, hampering the free flow of ideas, information, commerce and culture. The German EU Council Presidency Translator will address this challenge during the upcoming German EU Council Presidency.

The free online machine translation service can be used to translate websites, documents or text directly entered on the translator page from and into all EU languages, allowing EU citizens to communicate across languages and borders.

The Translator is developed using German and European high-tech AI. It uses systems from leading Centers of Excellence and companies like the German Research Center for Artificial Intelligence (DFKI), DeepL and Tilde as well as with eTranslation, the European Commission's machine translation system. It is funded by the Federal Foreign Office.

Link to the website of the German Presidency of the Council of the European Union:
https://www.eu2020.de/eu2020-en